The project involves partial upgrading of the fleet of farming machinery in the Kyrgyz Republic—according to the Ministry of Agriculture of KR, over 90% of the farming machinery fleet has been operated for times its designed life span, and many farmers utilise draft horses and manual labour.

In the process of the project implementation, it is planned to supply the machinery that should be urgently acquired or replaced. This is farming machinery that is most costly for agricultural producers, such as tractors with detachable equipment and grain harvesters. 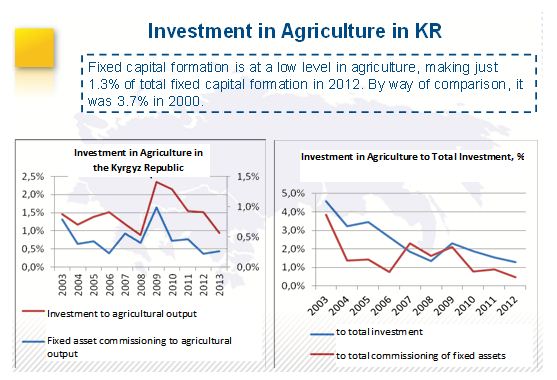 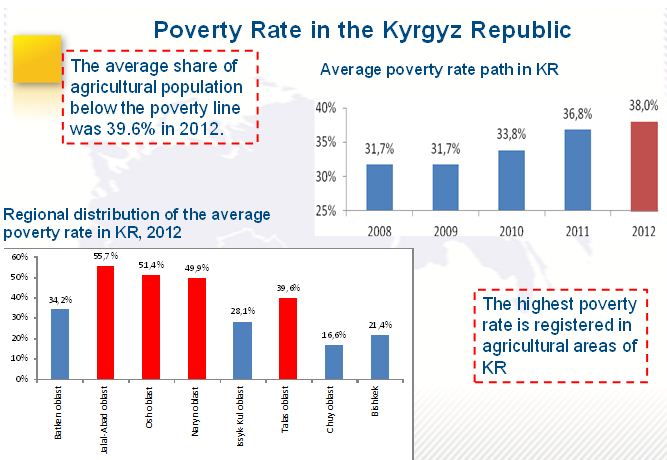 Expected outcomes of the project implementation:

A loan agreement to finance agricultural equipment supplies to Kyrgyzstan takes effect
The ACF Council decides to provide an investment loan to Armenia and approves concepts of two projects in Kyrgyzstan
EDB and Kyrgyzstan sign agreements on financing two investment projects with ACF resources
Chairman of the EDB Management Board meets acting Prime Minister of the Kyrgyz Republic
Kyrgyzstan needs to make a lot of preparations to effectively use ACF investment loans
ACF council approved applications of the Kyrgyz Republic for two investment projects
Vecherniy Bishkek (vb.kg): The Amount of the Credit to Finance Agricultural Machinery Supplies to Kyrgyzstan to be Approved by the End of the Year (Unofficial translation)
Sergey Shatalov, Deputy Chairman of the ACF Resources Manager`s Board: “Kyrgyzstan’s open economy is capable of dynamic recovery.” (Unofficial translation)

Deputy Chairman of the ACF Resources Manager`s Board