The EFSD Project Unit is responsible for management of resources of the Fund, including: 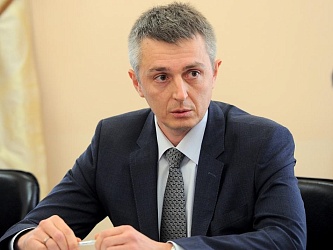 Prior to joining EFSD, Mr. Shirokov was the Managing Director of the International Investment Bank. He managed client relations within Operations block of the Bank, where he supervised operations in member countries (Hungary, Czech Republic, Slovakia, Romania, Bulgaria, Russia, Mongolia, Vietnam, Cuba).

From 2011 to 2015, Mr Shirokov was the Head of the Country Representative Office in Kyrgyz Republic at the Eurasian Development Bank (EDB), where he established Bank’s operations in Kyrgyz Republic, initiated and led processing and implementation of the first investment projects for Kyrgyzstan financed from EurAsEC Anti-Crisis Fund (currently EFSD). Having led the establishment of operations and partnership with Government officials and recipient partners, Mr. Shirokov also co-Chaired Development Partners Coordination Council for International Development Institutions in the country and acted as a member of Business Development and Investments Council under the Government of the Kyrgyz Republic.

From 2009 to 2011, Mr. Shirokov held senior positions in Investtradebank (Russia) and Joint Investment Holding company “ARLAN” (Namibia). In the last one he served as the Deputy Director General and was responsible for the management and administration of a JV project between the Russian Investment Holding company “ARLAN”, Russian State Nuclear Energy Agency “Rosatom”, and Russian State bank VTB Capital, in Namibia for Uranium exploration as part of Rosatom’s strategy for the global diversification of its Uranium reserves.

From 1998 to 2008, Mr. Shirokov was the Vice-President of the NOMOS Bank (Russia), where he supervised bank’s business with mid-size corporations and key state enterprises. 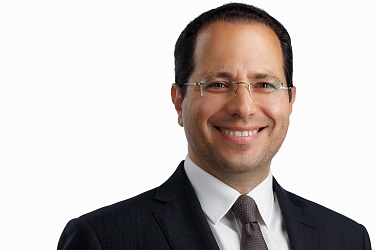 2011 - 2018: Director of the Center for Integration Studies of the Eurasian Development Bank (EDB, St. Petersburg, Russia). Having set up operations of the Center for Integration Studies, Dr. Vinokurov built up an extensive international network of experts on regional integration; published a series of 50 reports and prepared dozens of notes and briefs for ministries and presidential administrations of the EDB member states.

2006 - 2011: Positions held in the EDB Strategy and Research Department (Almaty, Kazakhstan): Senior Analyst, Head of the Economic Research Unit, Deputy Head of the Department). Dr. Vinokurov was in charge of the economic and strategic assessment of investment projects, strategic planning, macroeconomic analysis of the Bank’s member states, sectoral analysis and technical aspects of activities of the Department. Member of the EDB Credit Committee, Technical Assistance Committee and Capacity Development Committee.